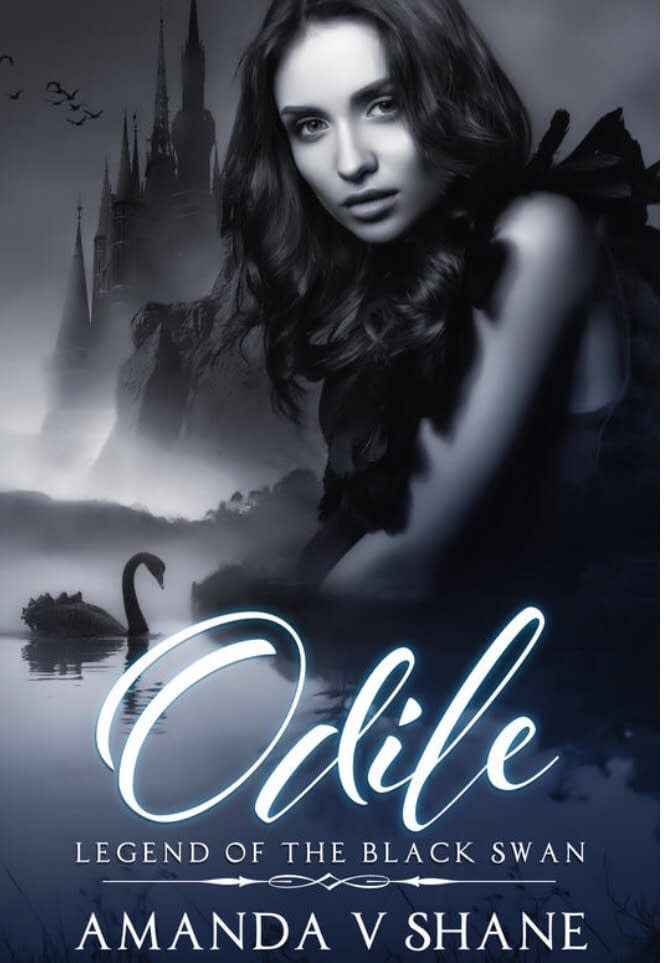 Pale, cold mistress of the serpent’s lair, blood red lips and coal black hair… Enter the world of the Black Swan, a dark and seductive tale where things are not always as they seem. Odile is the reviled villainess of Aarroughac, a castle inhabited by the evil wizard, Count Rothebart. After a sinister magic sweeps through the land and results in death, Odile is accused of the crime. Von Rothebart vanishes, leaving her to face the wrath of an entire kingdom alone until a mysterious stranger with powers of his own comes along. With vengeance as his guide, Lord Azarus di Caspari hunts an ancient curse. When he crosses paths with the Black Swan of legend, he immediately makes up his mind to use the temptress’s magic for his own devices. But when Azarus learns that the story of the sorceress might not be true, disappointment gives way to desire. Spells are cast and secrets are revealed, but can love exist in the shadow of two dark hearts such as theirs?Are the tales of the Black Swan true? Is she a murderess and an evil sorceress to be feared or is she the only thing standing between true evil and the fall of a kingdom? Only time will tell as the magical story of the Black Swan unfolds. Odile, Legend of the Black Swan is a fantasy, fairy tale romance inspired by the legendary ballet, Swan Lake. An Enchanted Lands Romance.